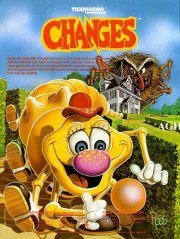 C = Common Everyone has it; most people have several duplicates

U = Uncommon At a flea market, you'll usually encounter a few of these

EP = Extremely Rare Prototype A prototype of a known released cartridge. Such as a proto of "Music Maker"

UR = Unbelievably Rare A cartridge thought to never have existed, but has been found and proven it does exist

What has changed since the previous version:

I changed the format to a view by manufacture to keep the list more organized. I also added a column where you can check off which cartridges you have in your collection so you can print this list out and use it as a check list. I also added a a "Vaporware" section to the end of this rarity list so people can hear groundbreaking new discoveries and what has been planned but not confirmed as of yet. If anybody has any cartridges listed in the Vaporware section, PLEASE CONTACT ME! One more thing I changed to the rarity list is the ratings themselves. They are now more strict (there are not as many rare cartridges as in the previous list since people were always complaining there were too many rarities in the TI world. I would have to agree too). The ratings also now include entries for prototype cartridges. I hope you enjoy this revised rarity list!

If you have any of these cartridges on this list that are rated as NR, UR, UP, or EP. Please e-mail me since I would love to hear about them and help the rarity list out. Thanks!

Any comments/questions can be sent to: [email protected]

If a "*" appears beside a manufacturer, it means that the cartridges under that heading were produced under a TI label and not as a 3rd party.

Any Questions or comments are greatly appreciated. Send them to: [email protected]