This TI-99/8 is owned by TI Chips User Group memeber Steve Eggers, and was loaned to the group to put on display during the 1996 Cleveland MUG.

Texas Instruments apparently built a few, but never went into full production due to the state of the home computer industry at the time.

It is capable of 15 MEG of memory, and has built in Extended Basic II and P-Code.

Steve has two stand alone peripherals. In this picture, the top one is a modem, the bottom is an RS232.

Steve Eggers e-mailed me with a little history on the 99/8. Here's what he had to say:

The TI-99/8 was TI's last attempt at making it to the top of the home computer market. At the time is was to be released, it would have been more powerful than any other computer in its price range. It came equipped with 64K of RAM, upgradable to 15 Megabytes. It had built in speech, unlike other computers. It had Extended Basic II included as the standard language at power up. XB II included over a dozen new commands, new string handling code and several new routines that made use of the decimal/hexidecimal number handling. Also avaiable at the power up menu was the PASCAL P-System Version 4.12 and a SET SPEED option for setting the speed of the computer. There is a SLOW mode, a 99/4A mode and a FAST moded for running the 99/8 at the full 10 MHz speed. The fourth selection was whatever module was plugged into the GROM port. Ports included cassette, video, AC powerand the Hex-Bus port. The expansion port on the side of the console had 50 pins versus the 44 pins on the 99/4A. The extra pins and juggling of signals gave the 99/8 a true 16 bit handling on its I/O bus. The cartridge port was mounted on the top of the console and installing a cartridge vertically instead of pushing the cartridge horizontally into the front of the console. The keyboard was totally redesigned, adding to keys to lessen the use of the FUNCTION key. The Keyboard is almost 4 inches wider and touchtyping was easier because it felt like a full Selectric typewriter keyboard.

According to several discussions with people connected with 99/8 project, I have gathered the following information. The 99/8 almost died in the development stage because of the complexity of the memory mapper. A big breakthrough by one individual kept the project going. There were aproxximately 100 etched PC boards. Only 250 of these were actually assembled into working units. Out these 250, only about 150 were the final preproduction versions. These early units, if they had Pascal installed, had them on ROMS instead of GRPMS. Only less than 2 dozen 99/8's have the Pascal system intact.

One thing about the 99/8 was the compatibility with the 99/4A. Anything that is on cartridge will work perfectly, except for Extended Basic, for obvious reasons. Most Basic and XB programs will work also.

The BIG reason the 99/8 never made it to market was due to TI CEO J. Fred Bucy. He was the man who decided that TI had to do the quickest thing it could come up with to heal the wound thru which hundreds of millions of dollars was flowing. He called a board meeting and beacause of that meeting, the whole home computer division was shut down. Thus ending hope for the future - the 99/8, as well as support and everything else that owners of 99/4A's needed. We still survive as users of the 99/4A, but in spite of TI. 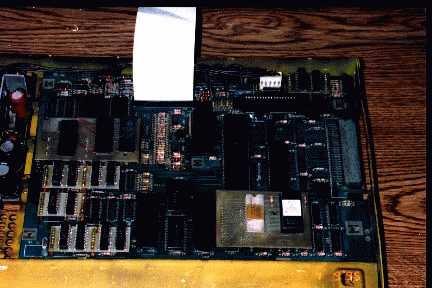 Brad Rosenberg provided the following photos of his TI-99/8. 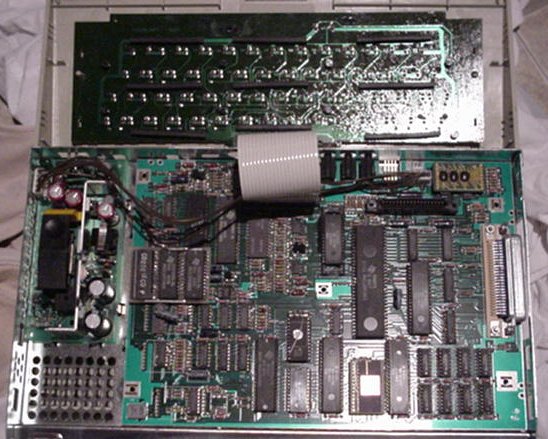 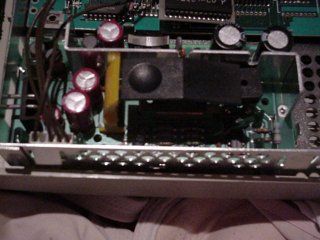 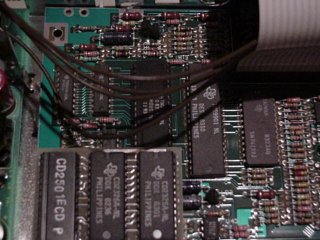 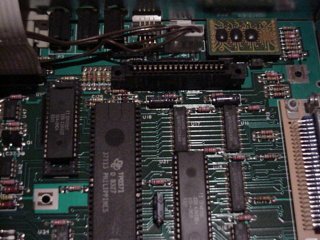 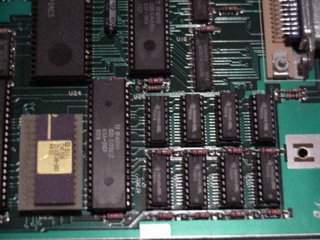 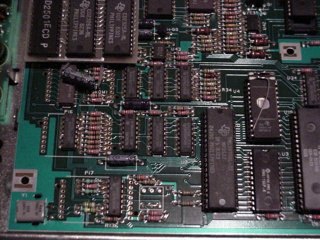 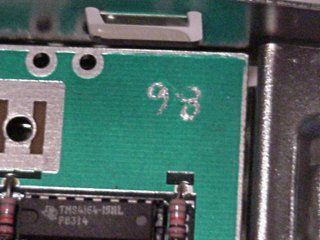 Steve Eggers now has
two TI-99/8 computers! He's sent some photos of both: